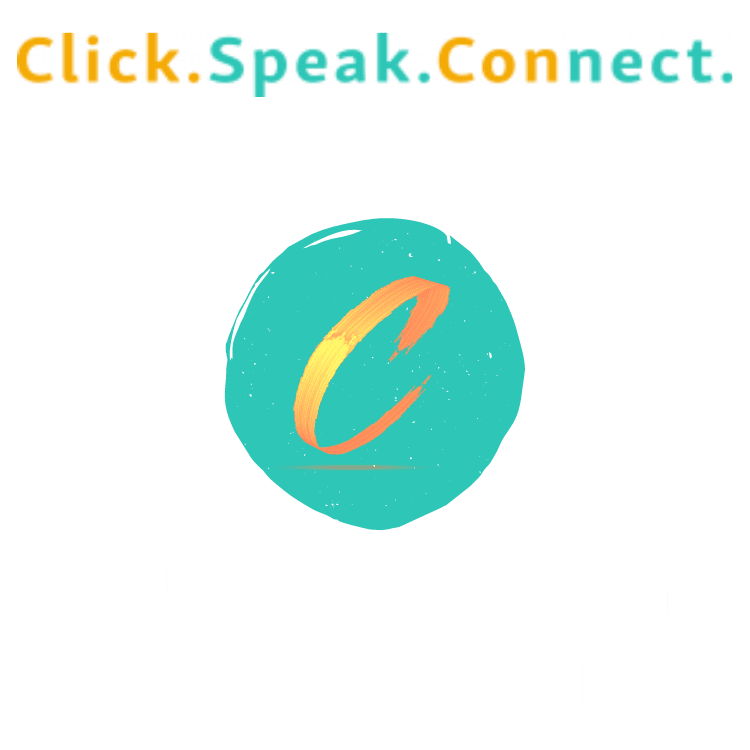 Meet your host and presenter, Lydia

Lydia Dawley is the CEO and Founder of Click.Speak.Connect. She has Mixed Cerebral Palsy, uses a wheelchair for mobility, and communicates using an iPad. In addition to her consulting work as a AAC Interaction Specialist, Lydia has been creating her custom styluses for personal use since 2009.

Click. Speak. Connect. professional development qualifies as recognized professional development activities under ASHA guidelines and can be documented as Clinical Maintenance Hours (CMHs). Hours not submitted to the CE Registry. You will receive a participation certificate from Click. Speak. Connect. that satisfies the documentation requirements. 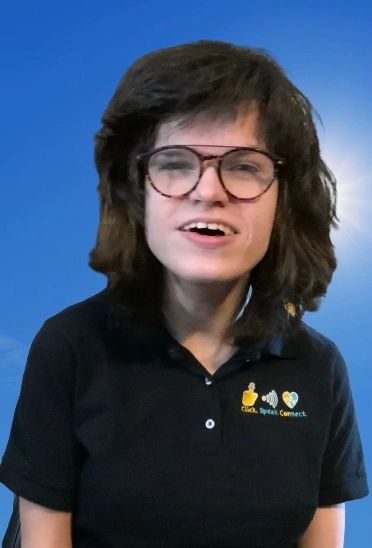 We will be providing 5 professional development units 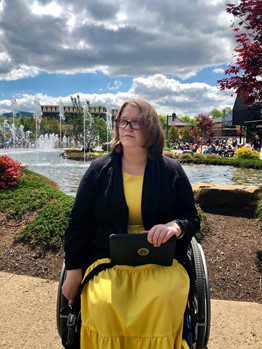 Courtney is a 24 year old autistic adult with multiple disabilities – including traumatic brain injury, Ehlers-Danlos Syndrome, and other conditions. She is nonspeaking due to aphasia and uses an AAC device to communicate! She is a graduate of the Tennessee’s Partners in Policymaking program. She has also presented at workshops, conferences, panels, lectures, and also established her university’s first student-led group for students with intellectual, developmental, and cognitive disabilities. In her free time, she likes to work on disability advocacy projects, snuggling with her cat, and racing against her caregiver in her wheelchair (and winning).

Himani is a 12 year old autistic non speaking AAC user, she uses a communication device to speak. She is in seventh grade. She lives in California. She has shared about her experiences as an autistic non-speaking AAC user, and the challenges she faced by giving presentations in her school to her teachers and peers in general education. She has also given interviews and spoken about ableism, with her teacher Miss Kate Ahern and her mentor Miss Lydia Dawley, and shared those videos on YouTube to educate others. She has participated in the Minnesota AAC Town Hall Meeting, the recording of which will be shown at Closing The Gap Conference to be held in October 2021. Himani is a winner of the 2021 Heumann-Armstrong award for disability advocacy. Himani will be Sharing about her experience as an AAC user.

Lydia is going to speak about why is AAC mentoring important. 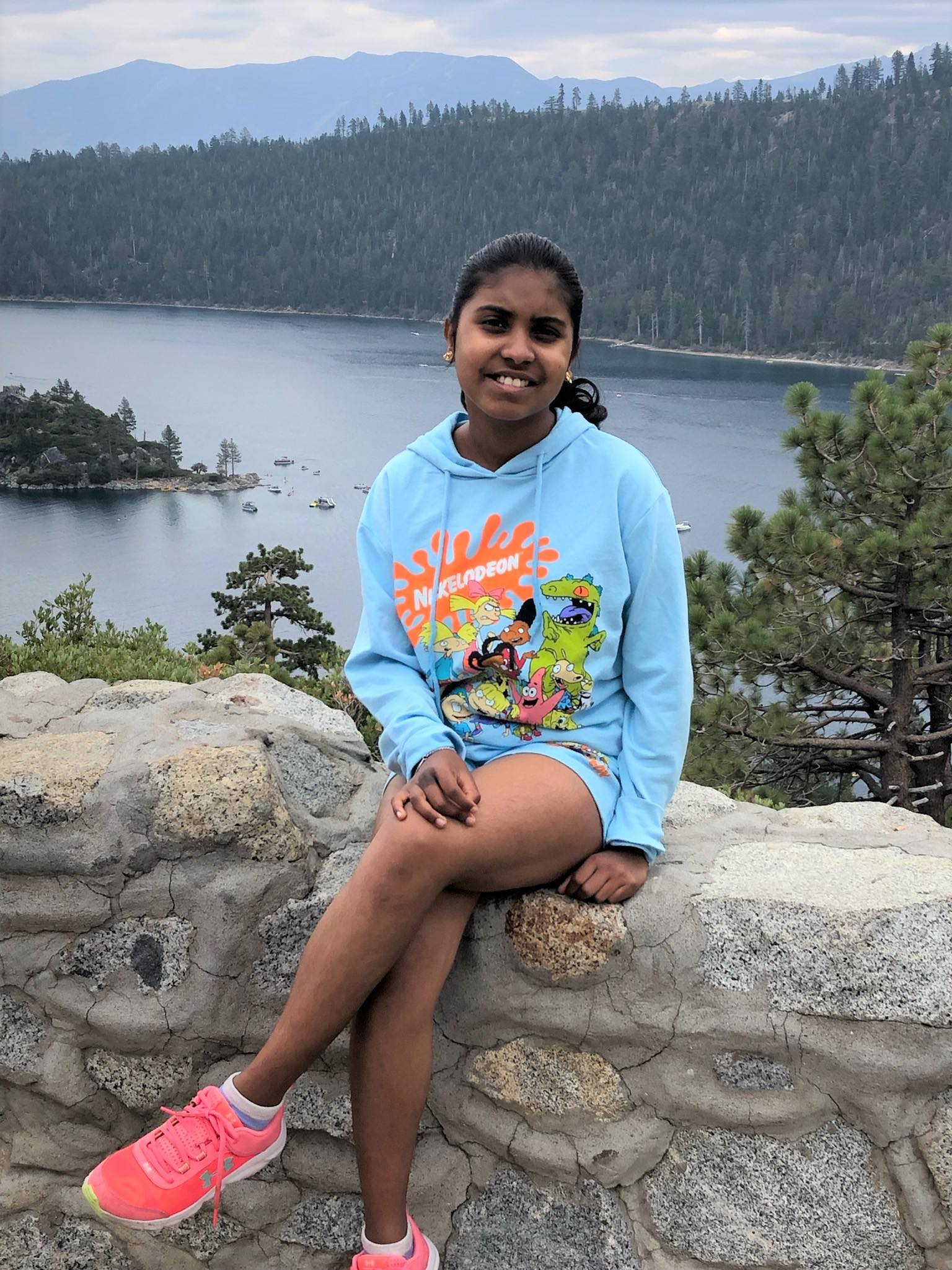 Lance McLemore is 35 years old right now. He graduated from the University of Alabama in Huntsville with a BA in studio art and philosophy. He likes to spend my free time creating different things. He might paint, draw, or sew.

He’s on the autism spectrum, and he has verbal apraxia. He started with AAC later than most people. He got his first communication device when he  was in college. He thinks he was about 24 at the time. It was called an Allora. It was a small device with a keyboard, a narrow LCD screen, and word prediction.

He got his first PRC device in December of 2016. When he was going through the evaluation process he initially preferred Word Power, but then he later switched to LAMP Words for Life. He still uses that language system to this day. He uses an Accent 1000 with direct access, and he has a VI keyguard over the screen.

He is interested in discussing many different subjects: art, music, philosophy, psychology, cooking, sewing, and I could go on and on.

Lisa Beccera-Walker has been a Speech-Language Pathologist for 11 years   She currently works full-time for an Early Intervention program, specializing in AAC and AT, social skills, and positive behavioral supports. She is a program director for non-profit autism awareness organization called TEAM MARIO.

Lisa and Lydia are presenting about how important early intervention is. 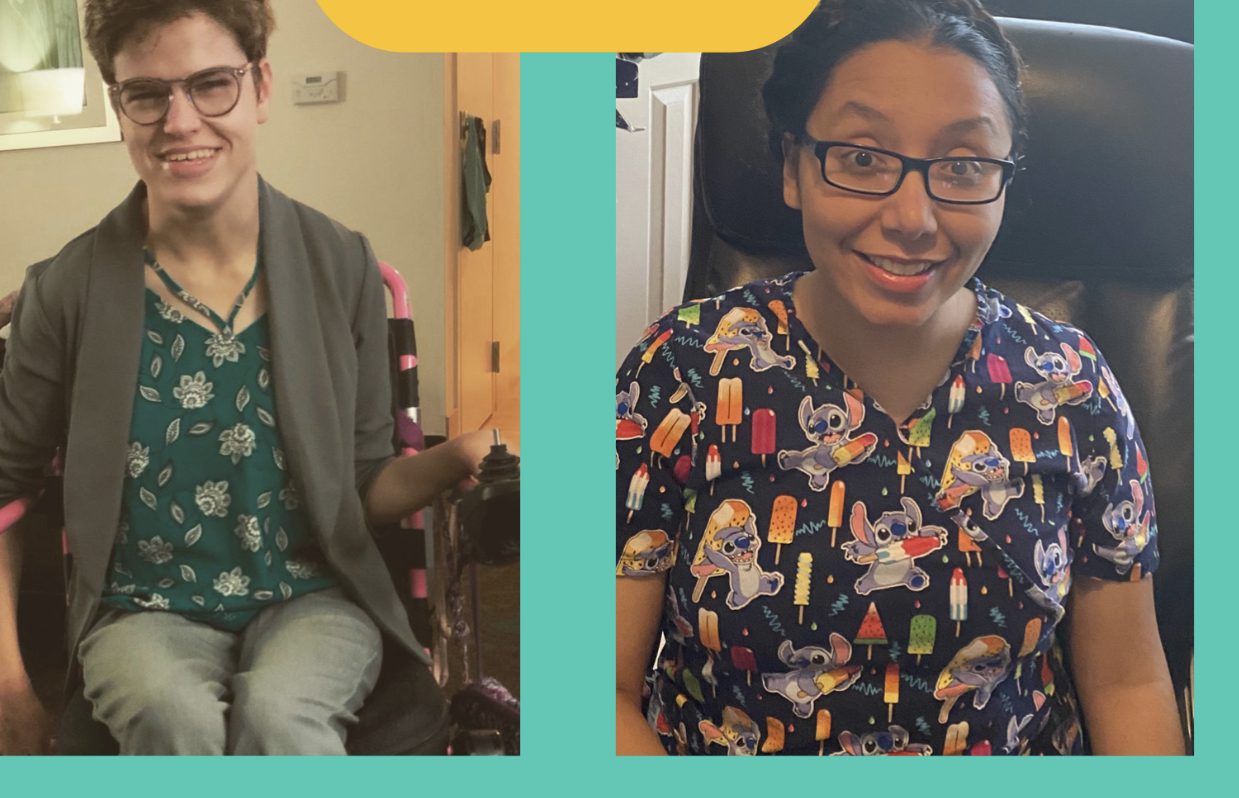 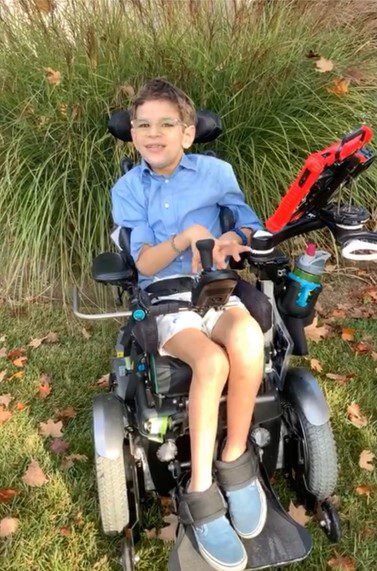 Lewis Seiff, also known as LJ, is a twelve year-old boy who lives in northern Virginia. He has Cerebral Palsy (CP) and Cortical Visual Impairment (CVI). LJ uses Augmentative and Alternative Communication (AAC) and sign language to interact with people. LJ has used an Accent 1000 device for the last 10 years. He is currently enrolled in a general education in sixth  grade classroom in his local public school.

LJ loves to play baseball, basketball, and soccer. He also enjoys skiing with his family and baking cookies.

Join Us For This Exciting Event!

Register at the link below.